What is Modified Sine Wave

There are two different types of inverters, modified sine wave and pure sine wave. The difference between the two is how closely the output replicates mains power. Modified sine wave inverters are the most common type of power inverters on the market. The power produced is more often than not sufficient to run most household devices. The power wave form differs from that of mains power electricity as it appears as a choppy squared-off wave as illustrated below. For those needing to run sensitive electrical equipment it is advisable to select a pure sine wave inverter.

What is Pure Sine Wave

There are two different types of inverters, modified sine wave and pure sine wave. The difference between the two is how closely the output replicates mains power. The process used to create the power from a pure sine wave inverter is more complex and therefore they are more costly, however they are best for use on medical equipment and sensitive electrical appliances due to their ultra clean power delivery. They allow you to watch television without static, listen to an AM radio, play your favourite game on an Xbox, Playstation or Wii and run a fluoro, all of which may not operate properly on a modified sine wave inverter.

What should the wattage raing on  an Inverter I use be?

All mains powered devices will have a wattage rating (either on the unit, in the manual or from the manufacturer (or product importer). You will need to make sure you DO NOT put devices on to an inverter that EXCEED the inverters Wattage rating.  It is also recommended to get inverters that have more wattage than you need so it is not running at full capacity all of the time (no different to an engine red-lining =if red-lined all the time it will not last long -this is the same with inverters).

Should I use a fuse with my Inverter? And what size should I select?

Yes, Use a Fuse with your inverter if you wish to protect it from any surges. These fuses are placed on the positive wire going from the Inverter to the Battery. These fuses will be listed and available to buy from our INVERTER SECTION HERE (they will be at the end of the list of products in that section)

What type of Warranty comes with the device/s?

Warrantees will vary with each brand and are redeemable with manufacturer/import agent only, information will be in each inverters manual. Inverters are VERY sensitive machines and require the utmost respect with installation and use. Internal protections will indicate incorrect use such as reverse polarity install, over wattage use, heat damage, water damage (moisture etc) and general rough application (includes not protecting abgainst vibration damage when installed in moving devices). In other words the warranty for any inverter is highly conditional, so choose wisely, protect the device, respect the device follow all guidelines particularly what you MUST and MUST NOT do. 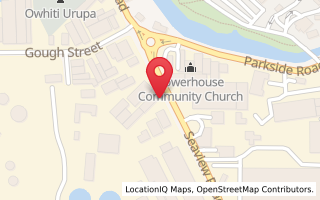